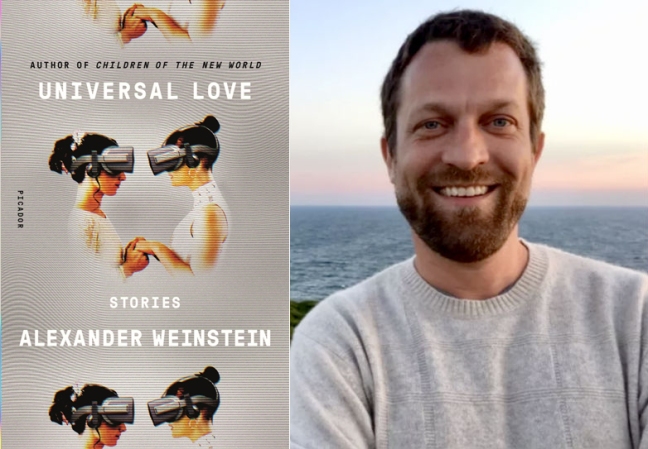 Humanity began the long, slow process of self-evolution soon after we put together the first lever.  That simple tool changed us, and eons on, we’ve not stopped changingApp .  In fact, we’re really just getting into our own evolution in a big way.  In Universal Love, Alexander Weinstein offers thrilling, exciting and wildly imaginative stories that focus on how families now and the day after tomorrow are handing our baby steps up the evolutionary ladder.  While the kids are alright, the adults still have some growing up to do.  But time and change stop for no-one.  Some of us may have been left behind, and others still may wish to be.

By focusing on the family, Weinstein creates a future that is just about indistinguishable from the present.  Sisters who find their father is not dealing well with the death of their mother (his wife) create a holographic simulacrum of her to help him cope, and find new depths in the woman they thought they knew.  An app that enables ultra-promiscuous sex exposes even more basic desires.  Militaristic video games lead to virtual deployments for fathers and sons.  Weinstein’s technological tweaks are minor, but their effects on the characters expose both human flaws and human virtues.

The prose and characters here are thoroughly engaging and understated.  Even to the most technophobic readers, this world feels familiar.  The upshot for the very lucky reader is that we get to explore our own quotidian reality with just enough of a twist to make it seem even more real than real.  Weinstein writes with a very dry edge of humor, the better to keep pathos at bay, and to make the emotional heft more powerful when its time comes.

Weinstein is the sort of writer who on one hand, seems to keep both his characters and his tech low-key, but on the other uses the tools of narrative and storytelling with astonishing power.  This is a book to be savored.  Sure, you can and will want to read it twice.  But you’ll only read it the first time once.  As you do with your family, treasure those moments.  They’re more rare than you might imagine.

Here’s a link to my conversation with Alexander Weinstein about the big ideas behind his short stories, or listen below via an app I promise will not might just change the nature of your so-far human soul.